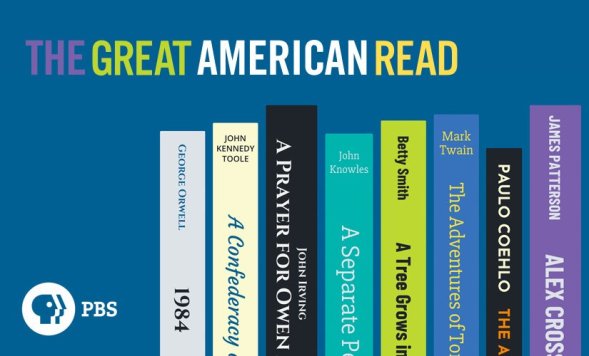 PBS is launching the Great American Read, an 8-part series that explores and celebrates the power of reading. The GAR, hosted by Meredith Vieira, will engage audiences with a list of 100 diverse books, encouraging audiences to read the books, vote from the list of 100, and share their personal connections to the titles. 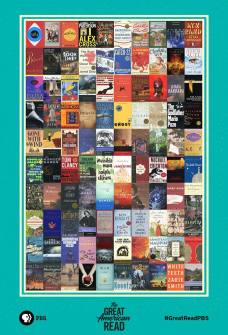 The GAR List of 100 includes an interesting mix of books from classics (Don Quixote, Little Women) to modern pop-trash (Twilight, 50 Shades) and a bit of everything in between. There’s a quiz (more of an interactive checklist) to see how many of the books you’ve read.

One of my Litten friends suggested we use the list to do a reading challenge.

Hence the GAR BOOK BINGO Challenge!
(and if you use Litsy, use the hashtag #GARbingo)

The show begins on May 22 and leads to the big reveal of “America’s Best-Loved Novel” on October 23. So the GAR Book Bingo challenge begins April 23 and ends October 23—a good 6 months, 26 weeks, to complete the challenge. The idea is to pick any number of books off the list.

Because the list is such a crazy mix of books, I’ve only read 28. Out of the remaining 72 on the list, there are three on the list I refuse to read. And then there’s another couple that I’ve attempted to read (I’m looking at you Game of Thrones), but just couldn’t get into it. About three dozen of the 100 have been on my to be read (TBR) list for ages —and I thought what a fantastic way to motivate me to get some of these off my TBR! So those three dozen were the pool I picked from for my Book Bingo Challenge.

So out of the three dozen, I picked a total of 25 books for my challenge with three additional books as back-ups. 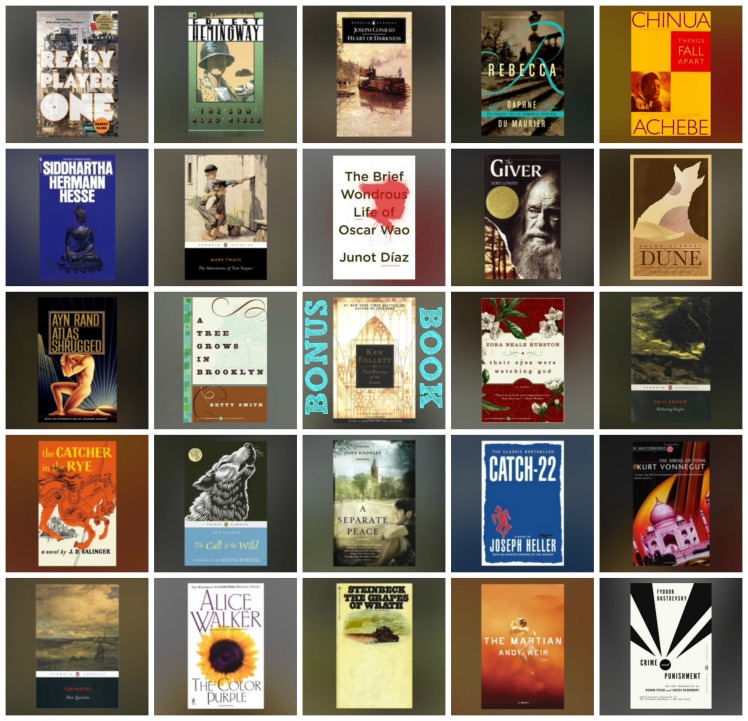 Because three of the books I chose are chunksters1 (Don Quixote, Atlas Shrugged, and The Pillars of the Earth), I opted to make The Pillars of the Earth a bonus book. Of the 25, I already own 6 (those indicated below with an asterisk). Another 15 I ordered from my PaperBackSwap (PBS) account. With 26 weeks to go, I figure I have time for the last 4 might show up on my PBS account. If not, I have some alternate titles to use as backups.

And hey, even if I only read half of these titles in the next 26 weeks, that’s still 12 more than I had read before.

So, who’s with me? Go check out the list, pick any number of books to read (don’t feel like you have to pick 25), and join me in the GAR Book Bingo Challenge.

Send me a message me or leave me a comment below if you and your challenge picks would like to be featured in a follow-up GAR Book Bingo Challenge post.